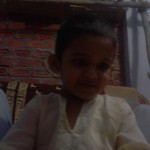 The Lecture was chaired by Mr. Syed Shahid Mahdi (IAS), former Vice-Chancellor of Jamia Millia Islamia. On the occasion, the maiden brochure –Infologue– of the Department of Educational Studies was released in the presence of distinguished personalities. Dr. Ali Haider briefed about the brochure. “While pre-independence AMU attempted Pragmatism, JMI was born rebellion with anti-colonial philosophy… The origin of JMI was a call to imagine education as a critical thought,” Justice Alam opined at the Lecture organized by the Department of Educational Studies, Faculty of Education, Jamia Millia Islamia.

Citing numerous examples (such as St. Stephen College, Delhi) Justice Alam explained how the relation between court and universities became closer in the past decades. Also, he explained how Article 30 of the Indian Constitution, initially being an absolute right, lost its independent identity as the courts tried to establish a balance between an individual’s right to education based on merit and right of minorities to administer an educational institution.
Justice Alam expressed his concern for the fact that in the recent times, education has become a commodity salable in market.

Boyfriend Had The Best Response When Someone Called His Girlfriend ‘Fat’